Peanut allergy is a potentially life-threatening condition which affects about 2% of children in the UK. Peanut allergy often develops in early life and children may experience allergic symptoms during their first known exposure to peanut. Peanut allergy is rarely outgrown over the age of 4 and until recently had no approved treatment other than peanut avoidance. Peanut allergy is the most common cause of food related fatal anaphylaxis. The current standard of care in the UK includes education around allergen avoidance, recognition and treatment of allergic reactions. It is not surprising therefore that a diagnosis of peanut allergy significantly influences quality of life of both peanut allergy sufferers and their families.

Use the menu below to scroll to a specific section

Oral immunotherapy (OIT) is a treatment where an allergic individual takes increasing amounts of an allergen by mouth, according to a standardised protocol over time with the goal of being able to eat and tolerate higher amount of the allergen at the end of the treatment. This can then offer protection from accidental exposure to the allergen.

Immunotherapy has a long history for the treatment of pollen, pet dander, and bee and wasp venom allergies. Immunotherapy to these allergens is provided by the sublingual route and subcutaneous injections, whereas immunotherapy to food is usually done through eating. In 2020, following a series of large, multicentre trials, PALFORZIA became the first treatment to be licensed for peanut allergy. PALFORZIA is a series of capsules/sachets containing different doses of peanut protein which can be used to gradually increase exposure to peanut according to a carefully studied protocol.

What does peanut allergy immunotherapy involve?

While considerable differences exist between clinical protocols, the desensitisation (immunotherapy) process is conceptually similar. Patients are selected based on a definite diagnosis of peanut allergy, usually based on a previous allergic reaction and confirmed by positive allergy tests (Skin Prick Tests and/or Specific IgE blood tests). A diagnostic peanut oral food challenge is not usually needed to make this diagnosis but will occasionally be necessary.

Once it is clear that you fully understand what desensitisation involves, consent forms will be signed and treatment with PALFORZIA may commence. The PALFORZIA treatment regimen has been well studied and entails an initial dose escalation (IDE) day, up dosing visits and then an undefined period of time on maintenance therapy. The IDE and up dosing visits are undertaken in the clinic under supervision whilst the doses between these visits (i.e. the majority of doses) are taken at home. Ultimately, the patient reaches a maintenance dose, for PALFORZIA this is 300mg of peanut protein (approximately one large peanut kernel).

Desensitisation can be defined as an increase in the amount of allergen that can be eaten without a reaction, but still requiring continued consumption of the allergen to keep the effect.

To achieve desensitisation to peanut, we make use of the PALFORZIA product and protocol as this has been extensively trialled (see Palisade and Artemis Study results below) and is the only licensed treatment of its kind.

The ARTEMIS phase III trial recruited nearly 200 children and young people aged four to 17 from across Europe. The study design was broadly similar to the Palisade trial, participants either received a peanut allergen protein (AR101) or a placebo powder. Doses were gradually increased every two weeks until a maintenance dose of 300mg was reached. The results, which are published in The Lancet, Child & Adolescent Healthfound that more than half of the participants (58%) treated with the peanut protein could tolerate at least 3 to 4 peanuts compared to just 2% of participants on the placebo.  The safety profile and reported rates of side effects were similar to that of the Palisade Trial.

Both of the above studies were funded by Aimmune.

As the use of PALFORZIA rolls out in the real world i.e. outside of research, we will gain a better understanding of the true effectiveness of the treatment. This will be best measured by a reduction in the frequency or severity of accidental reactions to peanut in everyday life.

How does peanut allergy immunotherapy work?

Over the past decade there has been a large increase in the number of research studies looking into desensitisation and these have included careful observation of how the treatment impacts on the immune system. It appears that regular exposure to the food causing allergy, but at a level below that which causes a reaction, causes the immune system to increase production of a specific antibody called IgG4. This has a blocking effect on the allergic antibody, known as IgE, and enhances tolerance to the food. As IgG4 levels increase, the effect is greater, allowing more of the food to be tolerated. We are still in the infancy of our understanding as to what is really happening at a molecular level but the science is advancing and we hope that soon there will be a simple blood test that will directly guide desensitisation. However, until we have such a ‘biomarker’ desensitisation is very much led by how well the patient is tolerating food and slowly increasing the level of exposure, rather than anything being gained by lots of blood tests.

How long does the immunotherapy process take?

Using PALFORZIA, it is anticipated that approximately 6-8 months will be required to reach a stable state, taking maintenance on the 300mg dose. Approximately 12 clinic visits will be required during this treatment process. PALFORZIA at maintenance doses will need to be continued until at least the end of the first year of treatment and then options for continued peanut exposure will be discussed.

Are there any risks involved with peanut allergy immunotherapy?

Peanut OIT is not without risk or side effects. Among the adverse events (AEs) that can occur, the most concerning is anaphylaxis, which in its worst form has the potential to be life-threatening.

Chu et al. recently published a meta-analysis that included 12 randomized, controlled peanut OIT trials with 1041 patients comparing peanut OIT versus no peanut OIT. It showed high-certainty evidence that peanut OIT increased the risk of anaphylaxis (RR 3.12; 95% CI 1.76–5.55), the frequency of anaphylaxis (IRR 2.72; 95% CI 1.57–4.72), and the use of epinephrine during build-up and maintenance phases (RR 2.21; 95% CI 1.27–3.83). Additionally, it showed moderate-certainty evidence that peanut OIT increased serious side effects (RR 1.92; 95% CI 1.00–3.66), although, in this analysis, all cases of anaphylaxis were considered to be serious, independent of whether they were considered as such by the original study team. The authors estimated that peanut oral immunotherapy was associated with 151 more episodes of anaphylaxis per 1000 patients than would be expected in patients practicing avoidance. A repost to this report is available online which further discusses risks associated with therapy.

It is of course important to be aware that the therapy can cause side effects, but likewise it is important to consider the context of these reactions. Reactions to treatment will be most likely to occur during up-dosing, under direct medical supervision in a controlled environment or at worst, at home but with immediate access to emergency medication. The key benefit of OIT is to reduce the risk of reactions that will occur unexpectedly and outside of controlled conditions and thus carrying more risk.

Are there any people who are unsuitable for peanut allergy immunotherapy?

Patients have typically been excluded from studies if they have experienced a recent life-threatening allergic reaction, poorly controlled asthma, suspicion of eosinophilic gastrointestinal disease, or other factors that would hinder their ability to cooperate with the treatment e.g. a high level of anxiety.

Is peanut immunotherapy the right treatment for my child?

Even if your child is suitable for immunotherapy, it does not mean that it is the right treatment for them. For many patients, continuing to avoid peanut, coupled with an appropriate emergency action plan is the right way to manage the allergy. Desensitisation carries a risk and also has an impact on your day-to-day life during the updosing period and beyond. If your child is medically suitable, there is an important process of shared decision making, alongside detailed information about the treatment, to help you decide if it is the right thing to do. We will not consider your child for treatment without going through this process and you will be required to sign a consent form to confirm that you have discussed the pros and cons of each approach.

What if immunotherapy doesn’t work?

If your child is unable to tolerate the therapy a discussion will be had with the team with respect to continuing on therapy. There are many reasons for not being able to tolerate the therapy or the issue may be one of logistics. If allergic side effects are the issue then we will discuss reducing the dose and prolonging the up-dosing schedule, as well as the use of concomitant medications. If the difficulty is with taste, our expert dietitian and nursing team will have tips to assist with this. If the side effect is that of eosinophilic oesophagitis (EoE), therapy will be stopped. We will endeavour to circumvent logistical concerns by offering clinic visits on multiple days of the week running into the early evening.

When is the best time to start peanut allergy immunotherapy?

PALFORZIA is licensed for use 4-17 years of age. The safety and efficacy for use in children 1-4 years of age is being trialled in the Artemis 005 trial study and the results are not yet known. 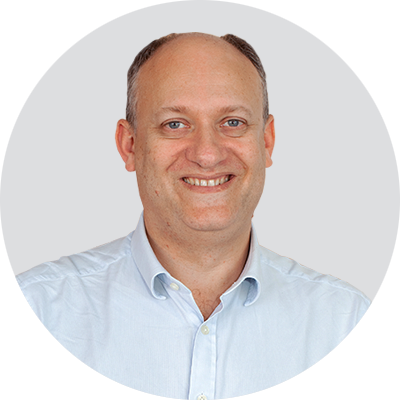 Find out if your child is suitable,
just complete our simple questionnaire

Check if your child is suitable

Details of the cost of treatment are outlined in a separate section of the website however the overall cost of the programme is £18,000.

Payment for the first year of treatment is required up front at the start of treatment, although payment plans are available if required. If you are not able to complete the course of treatment for any reason, there is a detailed refund policy.

Please acknowledge you have read this before continuing.

Here’s what our patients have to say…

Each member of the team that we dealt with, whether medical or support staff, were excellent.

The support has been excellent throughout.

We had a clear plan from early in the process and managed to follow through with only a couple of amendments (which we made).

We have been impressed and very grateful for the speed at which our queries have been responded to.

Excellent. All of the team were very efficient and we found the chart with the dates and dosage for the updosing appointments particularly helpful.

The team were easy to reach, including direct contact with the consultants, even at the weekend and over holiday periods.

The overall experience was excellent.